Discuss anything about any map, ask for hints/help if you need
Post Reply
75 posts

The Battle of Issus occurred in southern Anatolia, on November 5, 333 BC between the Hellenic League led by Alexander the Great and the Achaemenid Empire, led by Darius III, in the second great battle of Alexander's conquest of Asia. The invading Macedonian troops defeated Persia. After the Hellenic League soundly defeated the Persian satraps of Asia Minor (led by Greek mercenary Memnon of Rhodes) at the Battle of the Granicus, Darius took personal command of his army. He gathered reinforcements and led his men in a surprise march behind the Hellenic advance to cut their line of supply. This forced Alexander to countermarch, setting the stage for the battle near the mouth of the Pinarus River and the town of Issus.
Commanders and leaders :
Macedon :
Alexander the Great
Parmenion
Craterus
Hephaestion
Ptolemy
Pantordanus
Sitalces II
Menes
Balacrus
Persian :
Darius III
Arsames †
Rheomithres †
Atizyes †
Bubaces †
Sabaces †
Strength :
Macedon :
13,000 peltasts
22,000 heavy infantry
5,850 cavalry
Total: 40,850
Persian :
30,000–80,000 light infantry (Babylonian spears, Ionian peltasts)
11,000 cavalry
10,000 Persian Immortals
10,000 Greek mercenaries
Casualties and losses :
Macedon :
452 and many wounded
Persian :
~20,000
You can't see me
Top

Here is the image of the map : https://en.m.wikipedia.org/wiki/File:Ba ... nitial.png
You can't see me
Top

I really like this! What do you need? also can you check out my american conquest campaign and leave a suggestion?

I need Byzantine peltast, ionian peltast, babylonian spearman, javelin thrower, Persian immortal, phalangite. As units, then I will make the map.
You can't see me
Top

sure ill see but it might take a while
~Gral.Sturnn
Top

Also one last favor, can you check if the Spanish conquistadors forces are accurate?

Sorry for the delay they are almost ready
~Gral.Sturnn
Top

Ok, I will wait
You can't see me
Top

what nation is the phalangite going to belong to?
~Gral.Sturnn
Top

Macedonian
You can't see me
Top

Well.... it needs suggestion from others too though.
You can't see me
Top

Hi, tis is my first post in this Forum - I'm playing this fantastic game since one year an i started creating Maps.

For the Moment i'm working on a medieval campaign. Meanwhile i also made a playable map of the Battle of Issus for the historic battles section. I hope you like it

I inserted some triggers - the gameplay nearly works like the historic template.

When i try to send the Draft to the developer by longclicking on the map the game crushes. How can I send you this??????

Here is a screenshot: 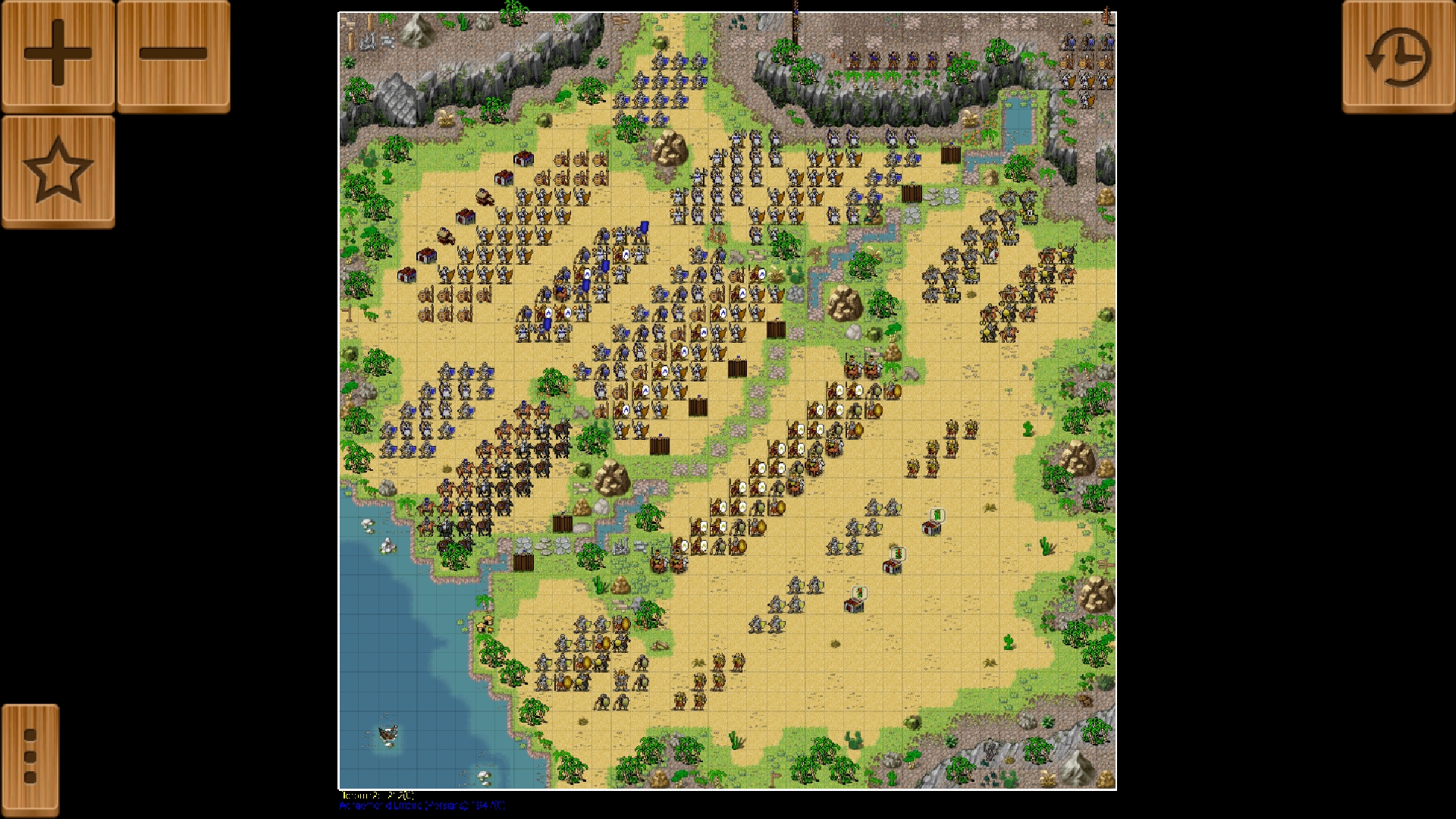 Maybe i will try to make some others from Alexander the Great's campaign.

Thank you - I love to to make the maps more detailed.

Like in the historic setting the persian Cavalry on the right flank is pressing down Aleksanders weak left flank with General Parmenion. The Main idea is to hold this flank while Aleksander and his heavy cavalry slaughters the mass infrantry in the north as fast as possible. If Aleksander meets King Dareus III the supply buildings will disappear. Its your decision to write history - Whitch way do you choose? Do you slaughter the persian Infrantie in the north with the Cavalry or do you march in the middle with the phalanx and Aleksanders Centurion benefit? The Phalanx really works with the Hoplites, Slingers Skirmishers and Chariots...

But: When i try to send the Draft to the developer by longclicking on the map the game crushes. How can I send you this?????? 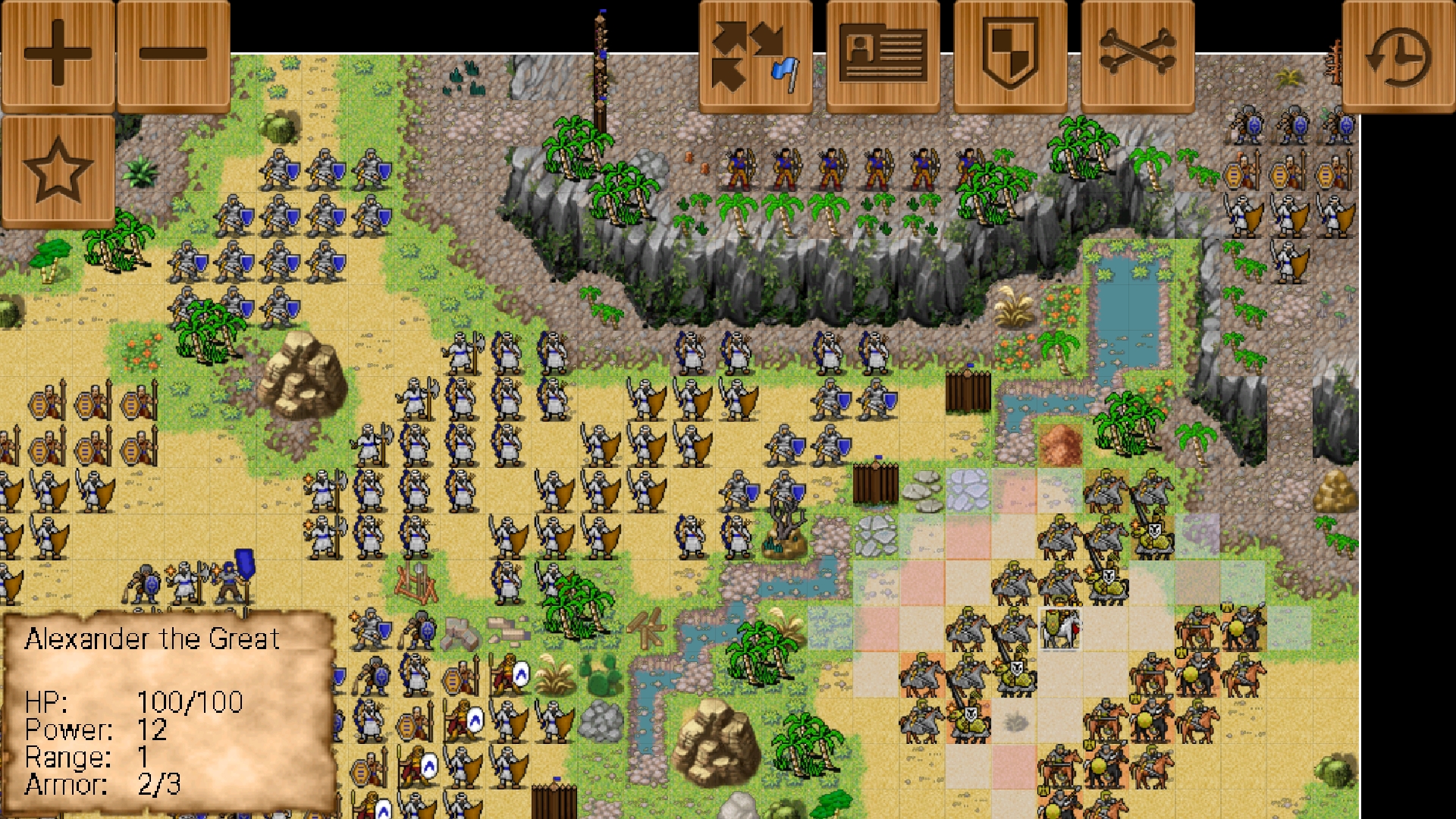 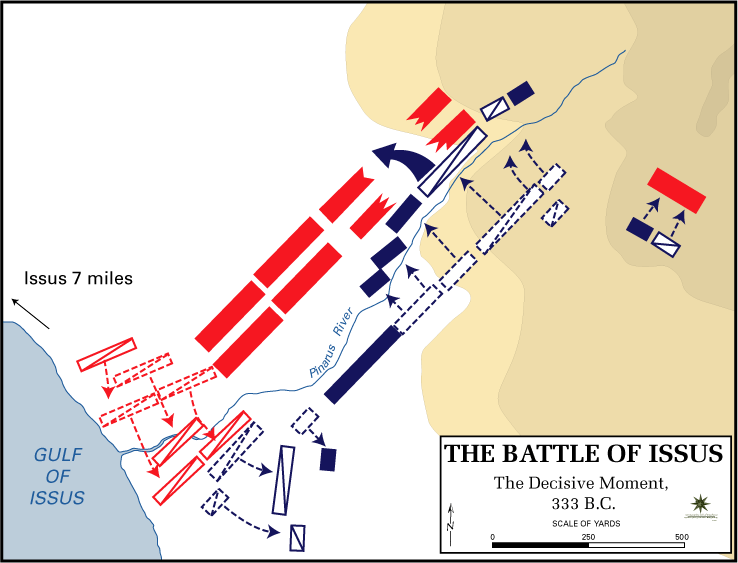 I cannot put it out in the regular campaigns only stratego can do that thats why I tagged him so he can figure out the problem even though @COOLguy may have an answer 2
~Gral.Sturnn
Top

very good!
sending: please post it to market and tell me the map name so ican get it from there - thanks!
Top

Okay - i send it to the market - Draft name is: Aleksanders Conquest: The Battle of Issus.

I tested it several times - maybe it needs some balancing/fine tuning, or a setup with this ancient units like peletasts and so on. If you integrate them into the map maker i can try this.

Short feedback: Did you get the map Stratego?
Top

Hello? No Answer? Anyone here?
Top