War on the mountains

Discuss any running multiplayer game or Find partners to play with.
Post Reply
10 posts • Page 1 of 1

War on the mountains

Initial disclaimer:
Dwarves break the multiplayer lobby. Puss and I were in live chat when we made this game, and only took the lobby down for less than 10 seconds, and only after getting permission to do so.

If you make a multiplayer game with dwarves, you are responsible for the time you take the multiplayer lobby down!!!

Be absolutely sure your opponent will join within the minute, because Daniel doesn't need 2 hours worth of emails reporting crashed games because your partner didn't join until then. 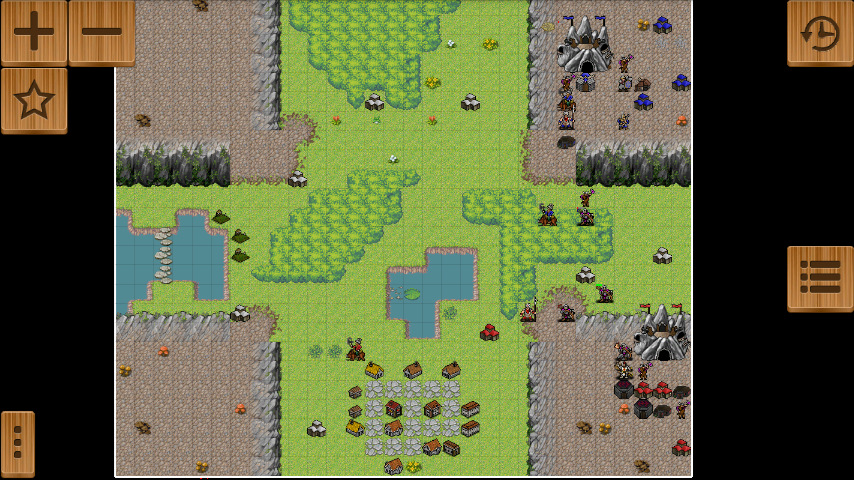 Opening moves were typical enough. Standard expansion and building moves. Puss has chosen to build a shooting stand, a barracks, and later a tavern, making a pretty generic setup with basic ranged, basic melee, and some support casters. He also started construction of a kingdom under the mountain (needs a shorter name, like mountain stronghold) which, it must be noted, takes 39 worker turns. I've built 2 taverns and 2 rune masons and begun construction of a kingdom for myself.

Having experimented against the ai, I've discovered clerics and alchemists to be a fearsome combination, gifting double strike and strengthen to nearly everything in the dwarven army, from themselves to workers, all the while healing. Clerics are also powerful melee combatants due to strengthen and a bonus against melee infantry.

Our forces have recently met, and it's just a shooting war so far until melee can close in to "discuss" ownership of that middle tc. I've sent my boar rider on an expansion mission to the west, rather than join in the battle. Puss has elected to send his into battle instead, probably hoping it will tip the scales and he can take the middle.
Top 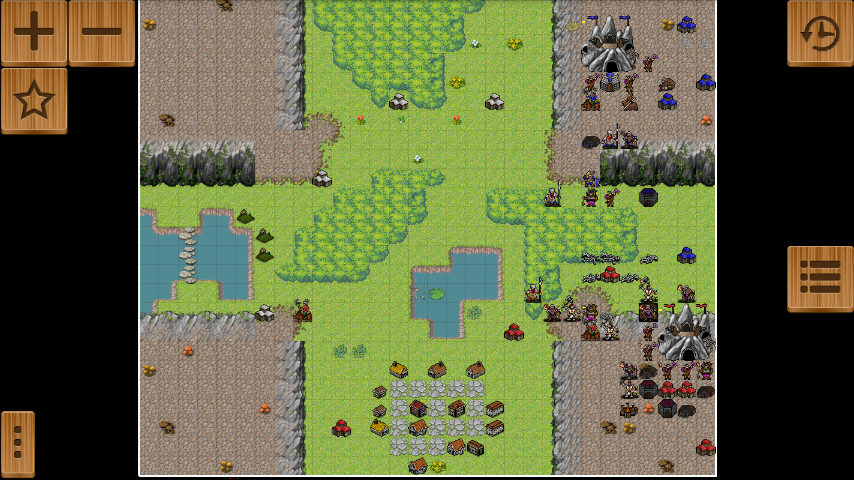 My forces have control of the middle tc, and are in position to capture the eastern middle tc. Puss has wisely set up a rifleman to harass anything I put in the middle and is persistent in his attacks. I've passed him in progress on a castle, and expansion proceeds well as my boar rider takes the west unchallenged.
Currently residing at the local ninja academy. I'm still watching though.
Top

I will probably fix the team colors on the Dwarf.
Wise, Might, Loyalty. Forever stands Warfell.
Top 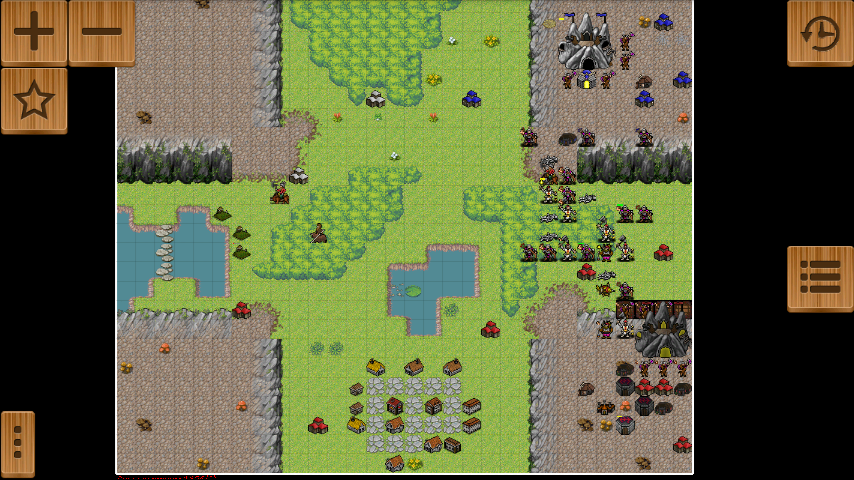 I continue to press onward towards Puss's base. Mountain walls prevent foot soldiers from walking in anything but the main entrance, but I've acquired a zeppelin. My workers finished the kingdom, and will soon press onward to build tunnels through Puss's defenses. I'll gain easier access to his base and a fortified position to shoot from with them. On the west, Puss has moved a bear rider to compete with me for expansion. Given the tc positions, he'll have 2 tcs to my 3 before our forces meet there. If he'd started sooner it would be the other way around.
Currently residing at the local ninja academy. I'm still watching though.
Top

one turn after the screenshot. I'm not putting much hope in it though, as some idiot dwarf painted a bull's eye target on it.

Seriously though, I think they should be buildable by workers, just more expensive than wagons.
Currently residing at the local ninja academy. I'm still watching though.
Top

Then you should voice your opinion on a topic.
Wise, Might, Loyalty. Forever stands Warfell.
Top 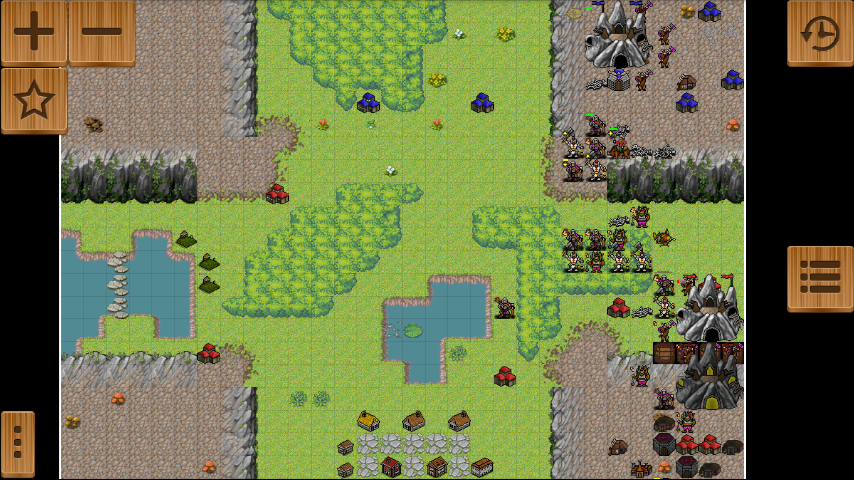 A strengthened, trampling, double striked boar rider charging up a hill is a scary sight. I've penetrated his defenses at this point, and the zeppelin will speed up the flow of troops into his base. I'm thinking I need to start hitting workers before I'm stuck dealing with a 2000 hp chunk of rock shooting at me when I've got no possible siege units. I'll be stuck buffing warriors to destroy it already.
Currently residing at the local ninja academy. I'm still watching though.
Top
Post Reply
10 posts • Page 1 of 1